The Castle of Milazzo or fortified Citadel has an extension of about 7 hectares. Its original nucleus is the Norman Keep, dating back to the 12th century. It is considered the largest monumental complex in Sicily. It tells us the history of Sicily but also the evolution of the art of fortification through its various built-up.

Guided tour of the Castle of Milazzo

The guided tour of the Castle starts from its most modern part, the entrance that dates back to the 1800 and ends with the Norman Keep. But to get here, you must go through the various phases of enlargement:

So, there is a lot to walk but at the end of this route in the history, we’ll find a wonderful view over the sea and not only. The Aeolian Islands , the whole city of Milazzo, the Nebrodi and the Peloritani mountains and very often Mount Etna are all around us.

It’s a time travel through machicolations, loopholes and embrasures!

Before entering the fortified citadel, it is always good to take a tour in the outside part. This way, we’ll better admire the defensive structures built over the centuries and we will be able to understand them when we’ll be inside.

And so you we’ll see what is today considered the symbol of the city: the eyes of Milazzo, better known as the Beetle.

The ghost of the Castle of Milazzo

Like any castle worthy of the name, Milazzo has its own ghost.

The legend tells us of a young, noble and rich girl of Milazzo who falls in love with a soldier of humble origins. Her family, to stop the love affair, forced her to be a nun. Despite the seclusion inside the castle, the two manage to meet and live their love story. However, they were discovered and she was walled up alive in a room inside the monastery.

There are those who say they saw her wandering inside the Castle on full moon nights or hear her sobs in memory of her beloved.

True story or legend, who knows? I look forward to seeing you for a guided tour of Milazzo to discover it together.

Click here to find out the opening hours of the Castle. 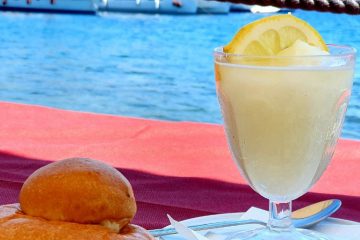 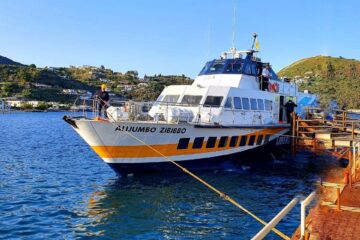 How to reach the Aeolian Islands

Summer holidays are approaching and, if the situation will permit, we will all try to escape a little. What better place than an island , for example, Lipari or Stromboli to leave behind us these Read more…